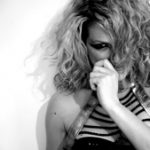 Music & More proudly presents a new hot and steaming group that goes by the name ‘Laura Vane & The Vipertones’. Since they’re about to release their debut 7″ on SocialBeats, it’s time for a proper introduction.

Drawn together from both sides of the North Sea, ‘Laura Vane & The Vipertones’ consists of musicians from various Dutch & UK projects pooling their respective skills for this Funk & Soul group. From Holland, and more precisely Dordrecht in the south east of the country, Phil Martin & Ton Van Der Kolk – also known as producers duo AIFF – provide their instrumental talents developing the grooves and beats fired over the internet from the northern UK town of Burnley by Jonathan ‘Diesler’ Radford. Finally, and having cut it amongst the big boys working with The Streets, Gnarles Barkley & MJ Cole amongst others, Laura Vane, hailing from Brighton on the south coast of the UK, provides the sweet vocals and imaginative lyrics to the project.

They completed their debut LP, that will be released on SocialBeats, over late 2008. The first single taken from the LP is ‘Steam’, and original composition penned in one September Saturday afternoon by Laura and it is joined on the flip-side by an exciting new cover of Etta James’ classic ‘ You Give Me What I Want’.