New Single – Who I Am ft Jimi Bellmartin 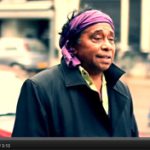 The waiting is over. After releasing their debut album ‘Sniffin’ and Snatchin” in 2007, The Soul Snatchers are back with a brand new single featuring dutch soul legend Jimi Bellmartin with the track ‘Who I Am‘. In many ways it’s exactly what you would expect from a good Soul band. An outstanding groove, wah-wah guitars and some tight horns. However the voice and strong melody of Jimi Bellmartin take the song even further and brings an element of the unexpected to a song that feels instantly familiar. The Soul Snatchers made once again another most carefully crafted soul tune !