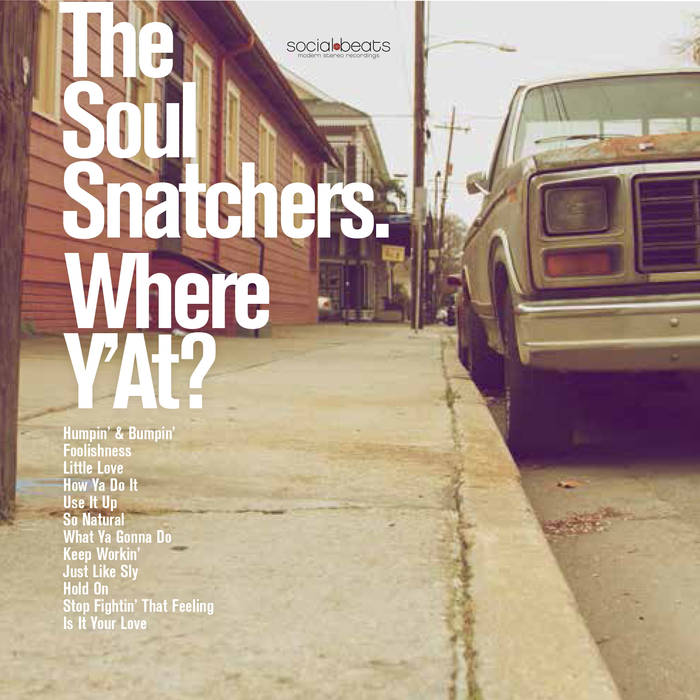 OUT NOW: Where Y’At by The Soul Snatchers

O yeah, it’s finally there: Where y’at ? In spring 2016 the Soul Snatchers released their 3rd full album titled ‘Where y’at ?”. Even heavier than before, the listeners will be treated on this album to some New Orleans flavors. Some Snatchers went to visit Nola earlier and decided it was about time to bring more crescent grooves into the recording process. That’s exactly what happened but as always, the Snatchers mixed it up with everything they like as long as it grooves. So one can expect an album full of Soul & Funk with some greasy Nola flavors on top it. Yet another Finger-licking sensation! The album is available on cd, vinyl (plus download code) and as digital download. It can be ordered at your local recordshop or at our own webshop available at Social Beats . com Enjoy! You want to preview first? No problem,  check out their YouTube Channel or your streaming service like Spotify or Deezer. Of course the album is also on iTunes.