Sinas are Wouter Schueler (saxophones), Rob van der Wouw (trumpet), Maarten Helsloot (keyboards) and Benjamin Torbijn (drums). They try to stay away from the more usual music styles and really give it their all to completely seduce and entrance their audience with refreshing, minimalist dance music. Schueler: “I write most of our songs, starting with the bass part, which I use as a basis. I then try to come up with a groovy drum beat to inspire the melody.” After the initial writing stage, Sinas withdraw to Maarten’s studio to add their personal ingredients and complete their new songs. It is their very different characters that makes their songs so very interesting.

“We make a good and independent team. Maarten is a true whizz kid and our band technician. He really gets caught up in his music and at times it is as if he has five arms. Benjamin is a real natural: spontaneous and always excited, raring to go. His afrobeat will make your yaw drop: it is unrivalled! He is such a fanatic, and he really knows a lot about many different music genres.” Schueler himself is the core of the band. Rob van der Wouw doesn’t need any introduction. Well known for his adventurous playing and mixing traditional with contemporary styles, Rob is a great addition to Sinas and takes it up even further. There have been a few band member changes in the past, but Sinas has now found its form. “We all feel that our music is now finally what I had in mind all along: bare, pure and back to basics.”

Sinas aspire to play major Dutch festivals, such as Zwarte Cross and Lowlands, and are also focusing on venues abroad. They want to expand their already strong fan base. The band played at many jazz venues, and also proved to be a very successful live act at pop venues. “Our strength lies in the combination of cultures. We take the best of different worlds to cheer people up and make them dance. Get ready for the new and sizzling sounds of Sinas!” 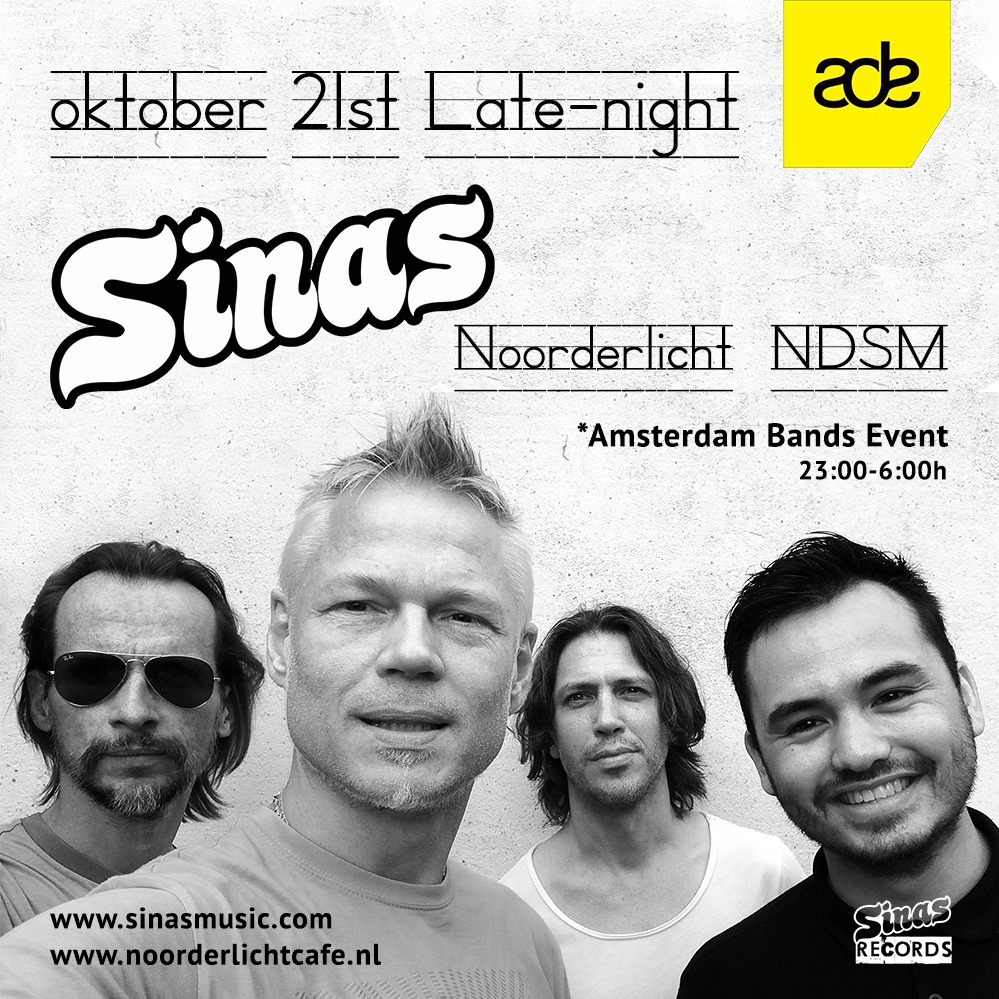