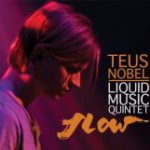 Trumpeter Teus Nobel, who recently released his debut album ‘Flow’, was proudly announced by national Radio 6 as Soul & Jazz talent for 2012-2013. This will result in lots of support by Radio 6, airplay, heavy rotation and lots of live performances live on air. In October Teus released his first full album after working for many years with artists like Caro Emerald, Kyteman Orchestra and the Air force Orchestra. Teus managed to get himself an all star band with Jerome Hol (guitar), Daan Herweg (keys), Hugo den Oudsten (bass) and Salle de Jonge (drums). His album ‘Flow’ features also Ben van Gelder on alto, Tom Beek on tenor sax and Qeaux Qeaux Jones on vocals.

Teus Nobel’s Liquid Music Quintet will be available for club and festival shows in 2013.

Music & More is closely related to Social Beats Records , a young record label that in a short time proved to be a serious player. Almost all Social Beats related artists can be booked via Music & More.

Some of the artists from our roster are signed to the German Unique Records label that has been around for over twenty years. They proved to be very influential when it comes to 'today's dance music'.

Since 2008 Music & More has participated in the Dutch Nu-Jazz Movement, a movement that represents 4 leading Dutch Nu-Jazz groups like State of Monc, Monsieur Dubois, Scallymatic Orchestra and of course The Jazzinvaders.

Webdesignplus.nl powered this lovely website and has realized many websites for Music & More related artists.

The Beatcollective is one of the most influential party organisations in and around Dordrecht. Responsible for well known parties like The Beatclub & Soul Safari and concerts by artists like Sharon Jones & The Dapkings, Sugarman Three, The Budos Bands, Poets of Rhythm, Lee fields and many more.

Music & More is also responsible for programming events like Place d'Ary and theme nights like Jazz & Beyond and Jazzlab at Jazzpodium DJS.